I was talking to a group of authorly friends the other day and the topic of kids came up. One of my friends said that when she was young, she told people that she wanted to be an author but she didn’t get a good reaction. She was, in essence, shot down and told that she needed to live in the ‘real’ world. So that’s what she did for many years. It was only as an adult, many years later, that she realised that she should be following her passion of writing – and that’s exactly what she does now (she’s bloomin’ good at it too).

My first reaction to what she said was “that’s terrible,” and I still stand by that reaction, but the whole conversation got me thinking (and that’s dangerous, I know). Whilst having your dreams shot down completely is not good, is the alternative any better? 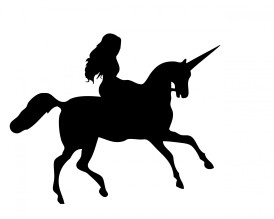 I was never a lad, of course. When I was a lass, my parents were very encouraging. I had a lot of silly ambitions – I was going to be a figure skater, speed-skater, singer, actor, author. I wanted to be a receptionist (I don’t know…something about answering the telephone appealed to me. I grew out of it), a school teacher. I was going to be the best damned unicorn rider that the world had ever seen (I’ve still got a chance, right?)

My mum and dad used to say “you can do anything you want to do, be anything you want to be, as long as you work hard enough” and they encouraged me in everything I chose to do. It not only helped to instil ambition in me but also increased my work ethic. To this day, I believe that if I put enough effort and enough work in, I can do and have nearly anything I want – but there’s the important word, ‘nearly’.

I remember when I got to university, I went through a bit of a crisis of confidence. I realised that my parents had unwittingly lied to me (albeit it with the best intentions in the world). There are some things that I can’t do, no matter how hard I try. A short-arse

like me will never make it as an NBA basketball player, my singing voice makes people cry for all the wrong reasons, and unicorns are notoriously difficult to ride. That’s okay, I don’t want to do any of those things anyway (except maybe the unicorn one) and the things that I do want to do, I can do, but they serve to prove my point. Sometimes, wanting
it and working hard are simply not enough. Sometimes, you just haven’t got the talent/requirements/laws of physics/social connections to achieve the things you want to achieve.

Telling Kids They Can Have It All

Despite my mini-meltdown in university, I think my parents went about it the right way. I remember being told I could be anything I wanted, but I can also clearly remember my mum telling me that perhaps singing wasn’t for me (and she tells me now if one of my stories isn’t very good too). That’s a good thing, because there definitely lies a problem in telling kids they can have it all.

Imagine a child who wants to be the next JK Rowling (or Shakespeare, or whoever). That’s an admirable dream and they might, just might, have the talent to do that. But achieving 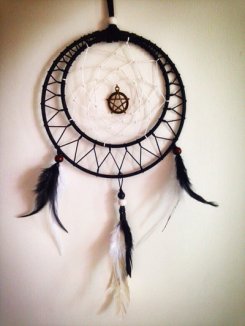 their dream requires more than writing talent – as many of us authors know! It requires knowledge and experience of marketing, it takes hard work and guts and a thick skin, you need to know the right people, have passion and drive. You need to have energy in abundance.

Perhaps that kid hasn’t got those things, or perhaps he has some but not others. Telling that kid that they are going to be an overnight success is ultimately doing them more harm than good. Encouraging kids is one thing, but letting them float off into the clouds with no tether is something quite different.

Of course, that’s not to say you should tell them they can’t do it either. Crushing somebody’s dream – child or not – is like crushing their very being, especially if they do have the ability to do it. Going back to my authorly friend, she spent many years wishing and dreaming that she could do this thing and be this other person and whilst she hasn’t said as much, I can guess that that must be a pretty painful way to live.

What’s ironic is that she isn’t that kid who can’t do it and she is doing it now. She can do it: she has the talent, the drive, the ambition, the work ethic. Admittedly, she hasn’t had quite as much success as JK Rowling (yet) but therein lies my argument. Sometimes, no matter how good you are, it just won’t happen for you. You haven’t been in the right places at the right times.

So next time your kid says they want to be a rock star/a famous author/a tree, let them dream and float off into the clouds, but tie them to the ground too – and don’t forget to give the rope a good tug now and then!