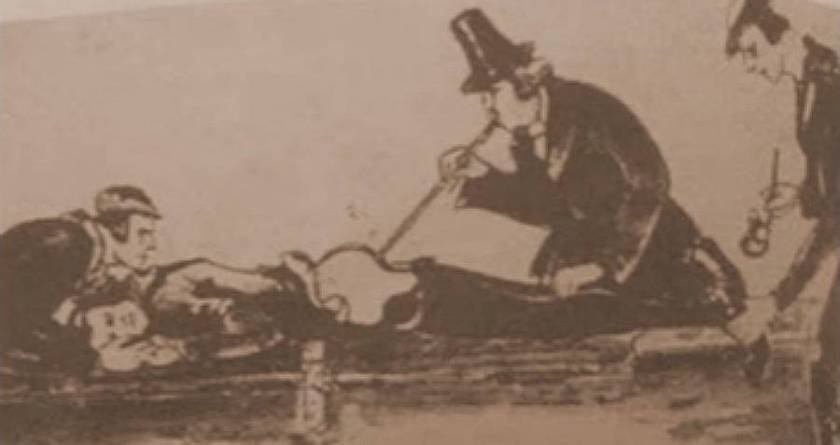 It’s an odd phrase, to blow smoke up someone’s arse. It can mean to lie and deceive or to falsely flatter in order to get someone to do something (think second-hand car salesmen). Thankfully, it’s a purely metaphorical term – nobody actually blows smoke up anyone’s arse (except, perhaps, in the darkest and best hidden fetish clubs). Surprisingly though, it was once quite literal. 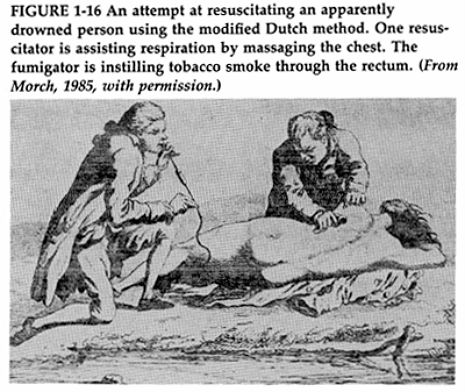 Yep, it’s true. There was a time when doctors believed actually blowing tobacco smoke up someone’s arse was good for them! In the late eighteenth century, tobacco enemas were used to resurrect drowning victims or those believed to be dead. That’s right – a tube was inserted into their backside and, with the use of bellows (and sometimes just a tube that someone blew through – good job they didn’t accidentally suck instead), they blew smoke into the victim.

It became such a popular method of resurrection that tobacco enema equipment was hung near major waterways, such as at the River Thames, much like today’s defibrillators are. Occassionally, they breathed the smoke directly into the lungs via the mouth and nose, but it was generally accepted that the arse method was more effective. The crazy thing is, it actually worked sometimes – the heat of the embers shocked people into waking up.

According to Gizmodo, there was even a (reasonably) valid theory behind it.

The nicotine in the tobacco was thought to stimulate the heart to beat stronger and faster, thus encouraging respiration. The smoke was also thought to warm the victim and dry out the person’s insides, removing excessive moisture.

The practice of using tobacco smoke enemas on drowning victims quickly spread as a popular way to introduce tobacco into the body to treat an array of other medical conditions including: headaches, hernias, respiratory ailments and abdominal cramps, among many other things. Tobacco enemas were even used to treat typhoid fever and during cholera outbreaks when patients were in the final stages of the illnesses.

The phrase in its entirety didn’t really surface until around the 1940s, and so it seems unlikely that it refers to a medical procedure from the 1700s. Before that, the phrase ‘to blow smoke’ was used, although it’s believed this was more in the line of ‘smoke and mirrors’ – methods used by magicians and tricksters to deceive you into believing something. A bit like real smoke then, ‘blowing smoke’ in the metaphorical sense was intended to cloud your vision rather than pump your backside full of tobacco embers and hot smoke. 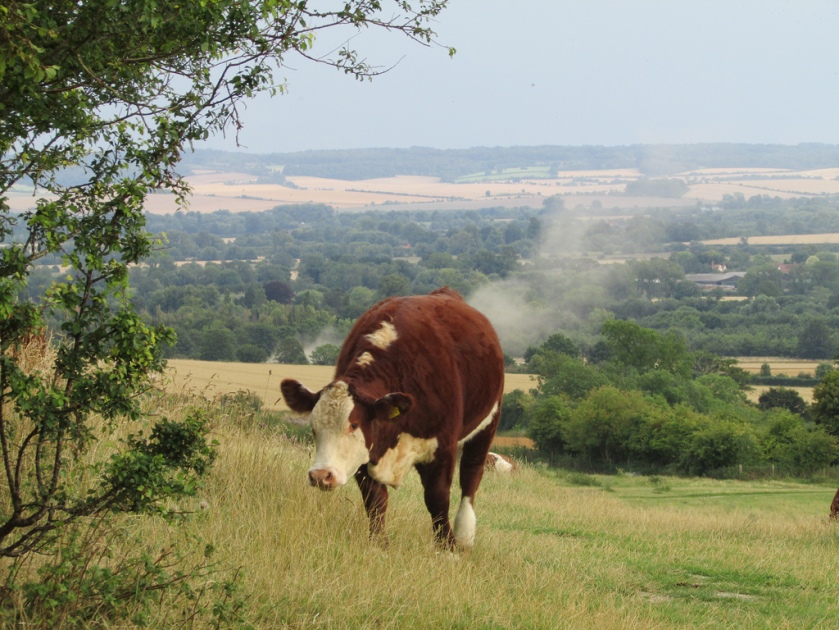 What makes it even less likely that the phrase refers to tobacco enemas is that it has morphed into an ‘arse’ related phrase from other, less crass versions, such as:

It’s suggested the ‘up your arse’ bit was added for shock value, to make the phrase a little cruder, and that’s probably right. Everyone loves a bit of crassness now and then, right?

So you can breathe easy next time it’s suggested someone’s blowing smoke up your arse – you won’t be doing any smokey farts in the near future, but you may be wading through translucence to find the truth…