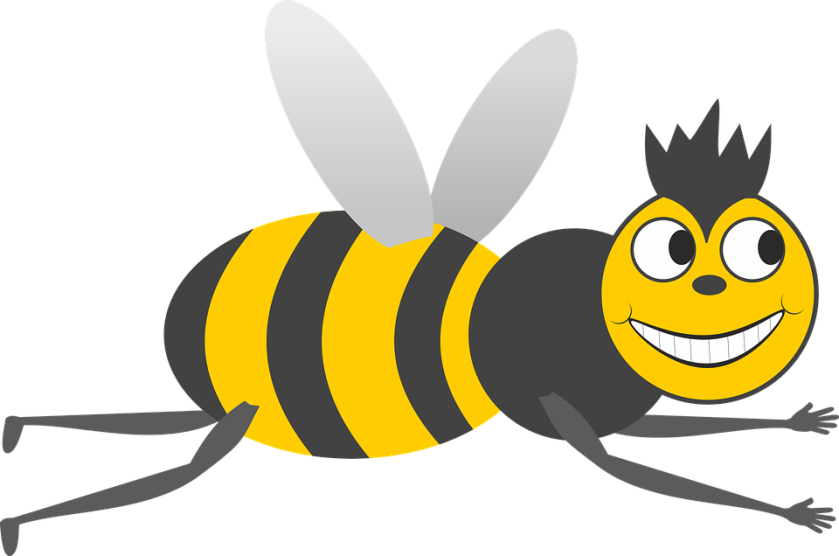 ‘The bee’s knees’ is an odd little phrase, isn’t it? We, of course, use it to mean that something is great, fantastic, the bee’s knees – as in, “that’s a damn fine jacket you’re wearing my dear, it’s the bee’s knees”. And yet, it’s completely meaningless, isn’t it? I mean, do bees even have knees? And if they do, are they really that fantastic? (As a side note, bees do indeed have knees, although the general consensus is that they are pretty standard in terms of leg joints.)

Like many common phrases, this one started life meaning something completely different. Etymology website The Phrase Finder suggests that in the 18th Century, ‘the bee’s knees’ was used to refer to smallness or insignificance, perhaps something like how we would today use ‘gnat’s arse’ – quite the opposite to its current meaning.

Later, it came to be something of a spoof phrase and used in mockery. The Phrase Finder offers the following example in explanation:

“The US author Zany Grey’s 1909 story, The Shortstop has a city slicker teasing a yokel by questioning him about make-believe farm products: ‘How’s yer ham trees? Wal, dog-gone me! Why over in Indianer our ham trees is sproutin’ powerful. An’ how about the bee’s knees? Got any bee’s knees this spring?'”

So how did it come to mean what we mean it to mean today?

The Beesness of Bs and Es

Some argue that it’s a corruption of the phrase ‘the be-alls and end-alls’, which became ‘the bs and es’ and later changed to ‘the bee’s knees’, although there is little evidence to back this up. Besides, the phrase is ‘be all and end all’, not ‘be-alls and end-alls‘, isn’t it? I’ve certainly never heard the latter. At least, not from anyone sober anyway.

Another possibility is that it’s a pun on the word ‘business’, an intentional mispronunciation, perhaps. Whilst The Phrase Finder declares that there is no evidence for this, there is a quote from the 1907 book Mr Goggles by Henry Collins Brown that suggests it was at least thought of, even if this wasn’t how the phrase came into common usage:

“Bee-raising is a good side-line for the farmer, especially since the swell restaurants have made a speciality of fried bees’ knees. Such a beesness!”

Fashionable Flappers and The Oyster’s Earrings

Without a doubt, though, the phrase ‘the bee’s knees’ (along with ‘the cat’s pyjama’s’, which are just as good as those bee’s knees, by the way) came into popular usage in 1920s America with the rise in flapper culture and ‘flapper chatter’. It was quite the fashion at the time, you see, to come up with a nonsense phrase – pairing an animal with a body part (often a part that didn’t actually exist) – to denote something good. Although the bee’s knees and the cat’s pyjamas are the only two to have stuck (with the possible inclusion of the cat’s whiskers), there were a great many examples used during that time. Here are some of my favourites:

How much fun is that? The flapper culture has always held a little allure for me – the glamour, the parties, the frocks – and now, well, I really do think it’s the dog’s belly-button!

A Note on The Dog’s Bollocks

Although along the same thought as ‘the bee’s knees’, the phrase ‘the dog’s bollocks’ actually comes from Britain at around the same time and not from ‘flapper chatter’. Despite popular opinion that it came from a corruption Meccano’s ‘Box Deluxe’, there is little evidence to actually support this (the ‘box deluxe’ was released long before the phrase came into popular usage). Instead, it’s likely that it comes from the idea that the dog’s bollocks actually stand out from its body and are therefore outstanding. Now that really is the deer’s toenails.