Ever since I was a kid, I’ve always been enamoured by the fantasy genre. I’ve read them all, from Tolkien to Cassandra Clare to the breath-taking Wizarding World of J.K. Rowling. What I wasn’t counting at all was the fading cover that caught my attention one day at the back of my school’s library. I didn’t know that upon opening that book, my world and even my imagination would be changed forever.

Of course, by the time I discovered one of the most precious books in the world’s literature (in my humble opinion, of course), I had already read all the Twilight Saga and watched every single vampire movie ever made (I’m proudly adding Nosferatu to that list), but I hadn’t had the chance to read Dracula yet. I remember that by the time I read it, I found the book to be a bit creepy and definitely illustrated with some bizarre drawings and sketches of some of the most intense scenes of the story, and that I read it all in one night. To be more specific, I read Dracula for the first time on a Halloween night, when there was a huge storm outside, the wind was singing, and the tree next to my bedroom window was swaying beautifully, taunting me to the possibility of crashing down and smashing into me.

I started this post trying to be meaningful and philosophic like I’ve been doing on my older ones, but Dracula has a very special place in my heart. Even though the Count might be portrayed as the undead villain who wants to take Meena for himself, I’ve always felt deeply for him. Upon meeting a ‘real’ vampire, and not the sparkling kind that’s so fashionable right now, I finally understood at some level the real meaning of undying love. I know that love isn’t really the central thematic of the book, but every book has a unique story for every reader. 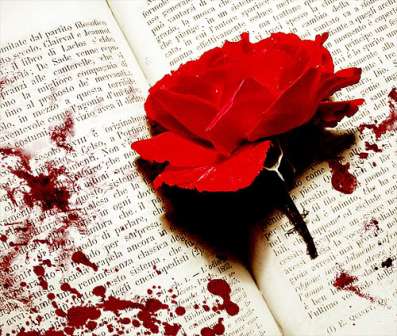 shows during the book for Meena. As many of you know, the Count fell in love with Meena because she resembled his dead wife. I know it’s creepy, but at the same time, for what must have been centuries wondering through the halls of his big, dark castle alone, the thought of having his beautiful wife next to him for eternity is quite enthralling and even hopeful. It’s hopeful because it showed how every single creature on the Earth yearns for the same thing, after all: to be cared for and loved, eternally.

Of course, the blood, stakes, and gore were quite enjoyable for someone who loves horror books, but the scariest parts were definitely the ones in which the undying love of a character was being tested, and how they sacrificed themselves for their loved one so unselfishly. The bonds of friendship and love are unbreakable as they’re formed, being nothing but a thread-like substance, so thinly wrapped around two souls, but so strong that not even death can part them. The sacrifices in the course of the story made me realise that I do have special bonds like these with some people in my life, ones stronger than others, some withered and dead with time and distance, and one bond that is ever waiting to be created between two souls who, for one time, declare their undying love for each other.

Want more information about Barbara? Check out her bio here or her other articles here.