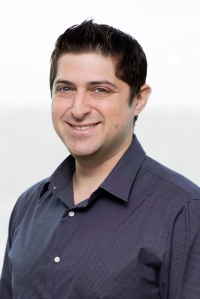 Born and raised in Melbourne, Australia, Wayne Farrugia has been writing since his early childhood. He loves to create new worlds and diverse characters – and he’s certainly done that with his series: The Valadin. Volumes 1 and 2 are out now, and Volume 3 won’t be far behind it! I was lucky enough to get early copies of all three volumes to proofread, and now Wayne has agreed to answer my rambling questions. You can check out my review of the first two volumes here.

In a nutsheel the Valadin series follows Barak, the guardian of the dystopian world of 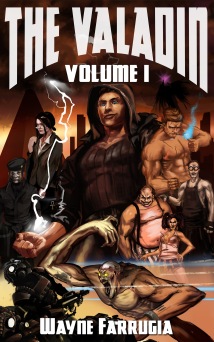 The series is different as it blurs the lines of who is good and who is bad. Barak is the “hero” yet serves the “villains” by going after even worse “villains”. The world is complex in itself. After conquering the world, the Overlord turned Xixersha into a “perfect utopian society” yet did so by committing genocide on a vast scale. It leaves readers wondering who’s really good and bad in this alleged perfect world?

I’ve always had a pretty big imagination. I was a kid who was influenced by a range of books (fiction and non-fiction) and comics I’ve read, TV and movies I’ve watched, and even video games I’ve played.

I guess the ideas for my characters come from a range of combinations. Some are inspired by other heroes and villains I’ve read about or watched, while others are influenced by people I know in real life.

I do agree that some of the Immunda, and other characters, could be considered anti-villains depending on how you look at them.

For example, Pyrrhus is rotten to the core. He raped, tortured, and murdered countless people all for his sick, twisted pleasure. On the other hand, you have Cyrus Ward who, despite committing acts of murder, did so with the intend to prove the Overlord was responsible for his unnatural creation. Basically everyone has their own reasons to rebel against the Overlord, be it to benefit themselves, or in their mind, to benefit the “trapped citizens” of Xixersha.

Originally, the Valadin was meant to be a trilogy of books. The feedback I received for the first draft was that there was too many characters and plots in it. It was almost like I was teacher trying to cram in a month’s worth of information into a student’s head within an hour. The chapters were too short but people were enjoying the characters in them.

I took the feedback on board and after re-reading the original draft, I too felt that everything seemed too rush and there was no real development going on. It was my cousin who suggested I break down the trilogy into a longer series and expand on the chapters more. The chapters are now what the codices that you read today.

The current plan is to have The Valadin Volume 4 released either by the end of 2017 or at the start of 2018. I’ve got another 8 volumes planned for the Valadin series which will see Barak constantly being pushed to new limits while facing off against the more powerful opponents he’s ever faced. However, I’ll be taking a break away from the Valadin after Volume 4 has been completed.

I’ve been working on a new series and I intend on working on this after Valadin Volume 4 has been published. I’m currently working on a very detailed, in-depth history of a brand new world, a world that this new series is going to be based on. I’ll be releasing an “encyclopaedia” for this world as some pre-reading material. I think this will allow me to dive straight into character and story developing without having to explain too much to readers.

I’m really looking forward to getting stuck into the actual story this new series. I promise it will be full of more interesting, unique characters what will be my “darkness” world yet.

I think my desk would be my favourite writing spot. I generally do all of my writing there. I’ve recently moved in to an apartment that has a small balcony. Once we (Australia) go back to nicer weather I think I might start writing outside and see how that goes. I think it should be pretty productive as I tend to get way too distracted in my own room!

Of all the authors who inspired me there’s two that stand out from the crowd. One is Roald Dahl and the other is R.L. Stein. I used to love reading Dahl and Stein’s books when I was a kid. I read most of Dahl’s work (Fantastic Mr. Fox and James & The Giant Peach were my favourites), and I pretty much had all of the Goosebumps books (too many favourites to name here!) If it wasn’t for their crazy stories, I don’t think my interest in writing would have taken off.

The best thing about writing and publishing is definitely having the ability to create your own worlds and characters for people to enjoy. I think reading is a great way for people to escape from the real world. What better way than to throw yourself into a completely different world! It makes me happy knowing there are people reading my books, escaping into my worlds and forming bonds with my characters, just as I do and have done reading books.

Editing and re-editing over and over again! Writing isn’t as easy and as fun as people make out it is. Yes, it is great when you’ve written your first draft of a story but after you’ve gone through it another ten times, it can get pretty boring. Love it or hate it, an author has to deal with it. No beauty without pain!

Too many super powers to pick from! I think I would have to go with mind control though. Sure, there’s a lot of other awesome super powers but if you’re as great of a mind controller as Professor X, you could make anyone do anything you want. Scary I know, but Zayn Kiefer seemed to think it was the only way you could ensure there’s no more violence or disorder in the world. I like the way he thinks… well, I guess technically he’s from my mind so I like the way I think? Haha!

Reading or writing? Writing. Why read about different worlds when you can create them yourself?

Cats or dogs? Cats. I’ve never stepped in their crap before!

Ebooks or paperbacks? Paperbacks. Nothing better than holding a real book in your hands.

Chalk or cheese? Cheese. All kinds of it!

TV or movies? TV. It gives people more time to enjoy characters and plots that are developed over months or years.

Booze or no booze? Booze. How else are authors meant to get through their 10th rewrite of their books?

The Valadin or the Overlord? This is like asking a parent who their favourite child is. I have no favourites! Haha! However, I think I’ll have to go with the Valadin. He’s going to be in for one hell of a long, tough journey.

Sunshine or snow? Snow. Give me coldness over hotness any day. 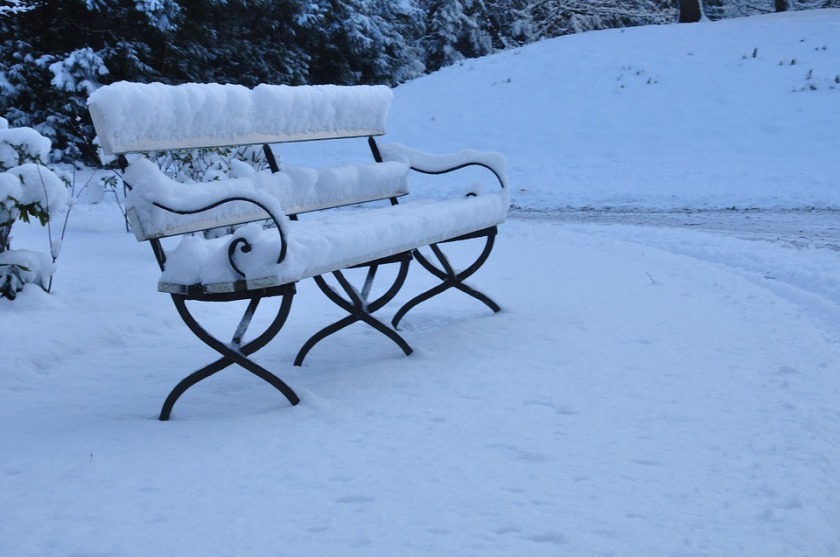