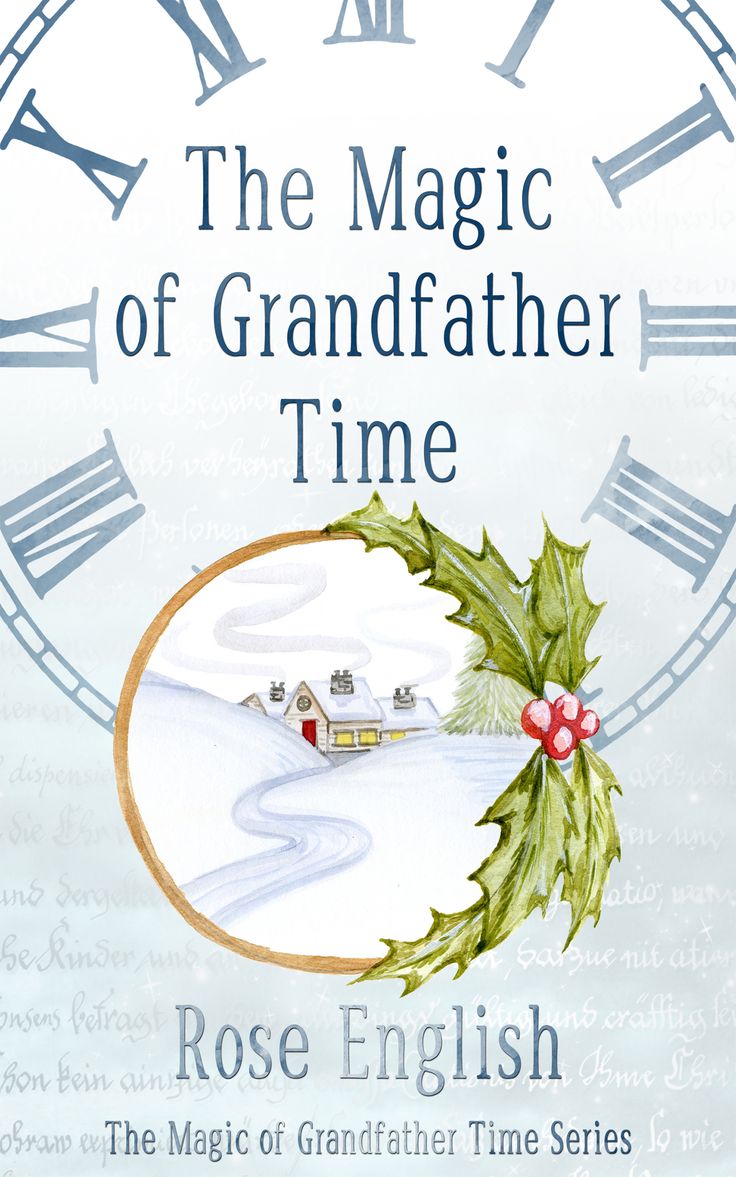 Just before Christmas, I took part in an author event run by a friend of mine. Whilst the games that we played were enjoyable, and the two authors involved (Rose English and Maria Gibbs) were fantastic fun, I didn’t really expect to win anything. Imagine my surprise then, when Rose English herself messaged me to declare me the winner! I was overjoyed, and it wasn’t long before the postie was knocking on my door with a little pile of goodies. This unassuming little book, The Magic of Grandfather Time, was in amongst it.

The book contains two short stories, the title one: The Magic of Grandfather Time, and a prequel to the story: Introducing Grandfather Time. On top of that is a bunch of delightful bonus material, including Henry Clay Work’s poem Grandfather’s Clock, and some short, factual essays on the history of the stories, and on the research that English conducted. It’s hard to describe the book without giving too much away, but it’s set at Christmas, 1899, and follows Cole Clement’s sadness as he remembers his lost love. The setting is beautiful, with the biting cold and the roaring fire, and it suited me down to the ground, curled up as I was next to the crackling log fire, in front of a window out of which I could see the snow starting to fall. The snow has stopped now. Who knows, perhaps it only started because of the magic of Grandfather Time.

Both the stories in this book are magical; they have a slightly whimsical and dreamy feel to them. It’s obvious how inspired or influenced English is by Victorian literature, as her narrative follows in the same vein: meandering and beautiful whilst being verbose and treacle-thick. I do love me a bit of verbosity, and some of the descriptions in these short stories are truly lovely. This, I think, is really important in short stories because it’s hard to become fully engaged in such quick reads and it’s equally hard to fall in love with characters you only have a fleeting meeting with. Still, the “old-young” Cole Clement is a wonderful character, as is Grandfather Time, and I’d love to get to know them more. Luckily, the author herself says that she is going to delve into these characters more this year, and I for one cannot wait. I read these 62 pages in barely an hour. I was saddened to see the end of the book come so quickly, and I really hope that there is going to be a long series of Grandfather Time stories – along with some that are perhaps a bit longer than the stories here, so that there is something I can really get my teeth into!