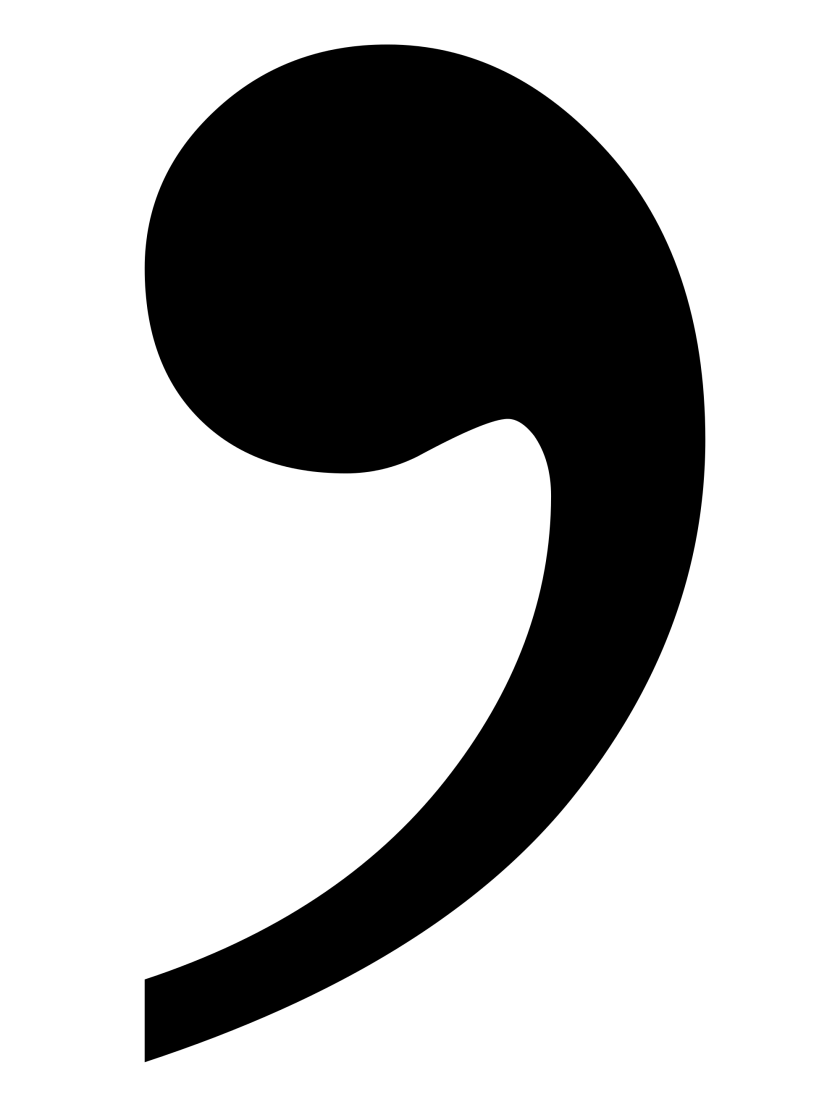 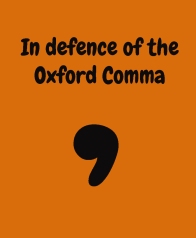 I’m definitely nerdy, there are no two ways about it. I’ve always suspected I’m a bit of a geek too, but it was when I discovered I have an opinion (and a strong one too) on the Oxford comma that I realised it’s true. I’m a full blown grammar geek – and I’m not ashamed to say it! This is not a new realisation, you understand. I’ve cared about the Oxford comma for years now and I really do care. In every single thing I read, I notice whether the author uses the Oxford comma. I don’t judge either way (or not much, anyway), I simply observe whether that little grammatical tadpole is in place.

A Comma by Any Other Name Would Smell As Sweet

A comma by any other name…is just the same? The Oxford comma, the serial comma, the Harvard comma, the series comma – whatever you want to call it, it boils down to the same thing. That little tadpole that lives after the penultimate item in a list, but before the comma. Like thus:

I found an awesome post over at The Grammar Girl, all about the history of the comma. The term ‘Oxford comma’ isn’t actually that old, the first printed record of term being only in 1978. However, the first published style guide advocating the comma was a book called Author & Printer: A Guide for Authors, Editors, Printers, Correctors of the Press, Compositors, and Typists by Francis Howard Collins (got to love a long-ass title). Collins’ original quote is thus:

“The late Herbert Spencer allowed me to quote from his letter: — ‘whether to write “black, white, and green,” with the comma after white, or to leave out the comma and write “black, white and green” — I feel very decidedly in favour of the first. To me, the comma is of value in marking out the component elements of a thought, and where any set of a component of elements are of equal value, they should be punctuated in printing and in speech equally. Evidently therefore in this case,  inasmuch as when enumerating these colours black, white, and green, the white is just as much to be emphasized as the other two, it needs the pause after it just as much as the black does.’” (See the manuscript scan at Google Books.)[1]

So originally, the comma was more about giving each element of the sentence equal weight rather than additional clarification but that’s not so much the case anymore. While generally considered a stylistic thing (in other words, neither is right or wrong; it’s up to you whether you use it or not), the lack of an Oxford comma can lead to misunderstanding and that, for me, is enough to make it a rule rather than an aesthetic. Of course, the example sentence I used would work equally well with or without the Oxford comma but that’s not always the case. Sometimes, the missing comma leads to misunderstanding and out there in the wonderful world of the Internet, there are some fantastic examples. This Buzzfeed post has gathered together some of the best, but I think this one has to be my favourite: 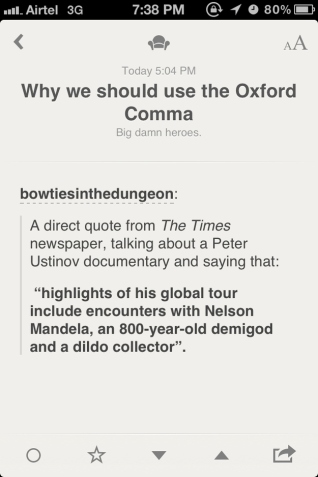 Now, I’m not guaranteeing that JFK and Stalin were never strippers (that would be a good scoop, wouldn’t it?), but my guess is that the author of this particular sentence never meant to imply that, hence the need for the comma. Seems a given, right? Then why do so many people argue against it?

Apparently, the omission of the Oxford comma didn’t begin as a style issue but rather as a costing issue. Back in the days when printing just one tiny squiggle after the ‘and’ cost just as much as a letter[2], it made sense (in a way) to leave it out. But now, in the modern age, the additional cost is simply non-existent (or at the very least, teeny-tiny) so there is no real reason to leave the comma out, other than perhaps due to an antiquated publishing ideal.

Similarly, one of the few modern style guides that advise against the Oxford comma is AP Style, the one used by journalists. I would suggest that, as with the printing costs of yonder years, this has most to do with brevity than with style. After all, there are only so many characters that’ll fit onto a newspaper page, and should the Oxford comma really take priority? So even today, the comma omission is often due to necessity rather than preference. Despite this, there are many people who still argue against its use. But why?

So the Oxford comma is good for clarity? Perhaps, but critics suggest that re-arranging the sentence would be a better way of ensuring precision. Take our stripper example again. If the three items in the list were re-arranged, there wouldn’t be an issue:

We invited Stalin, JFK and the strippers.

Of course, that’s right. The re-arranged sentence doesn’t need further clarity and works fine without the comma. In fact, most sentences benefit from this sort of rewording, even the Mandela example from before. I can’t help but wonder, though, whether it really is easier to re-word the sentence or to simply pop a comma in there. It’s the comma all the way for me.

By far the best argument that I could find against the Oxford comma though, comes from Gus Lubin at Business Insider. Lubin claims that the Oxford comma actually doesn’t help clarity at all. In some instances, the sentence is just as confusing as before. He adapts the strippers example slightly by removing one stripper, in order to clarify his point.

We invited the stripper, JFK, and Stalin.[3]

I’ve got to admit, this point of Lubin’s is a good one and I am finding it hard to argue against him. This sentence, and others like it, are a little unclear, in a similar way to the original non-comma-ed one (non-comma-ed’s a word, right? It is now). Still, it seems to me that this sort of confusion is much less likely to arise than any confusion from a lack of an Oxford comma and for me, the comma remains king. Besides, I just can’t bear a naked ‘and’!

What do you think of the Oxford comma?