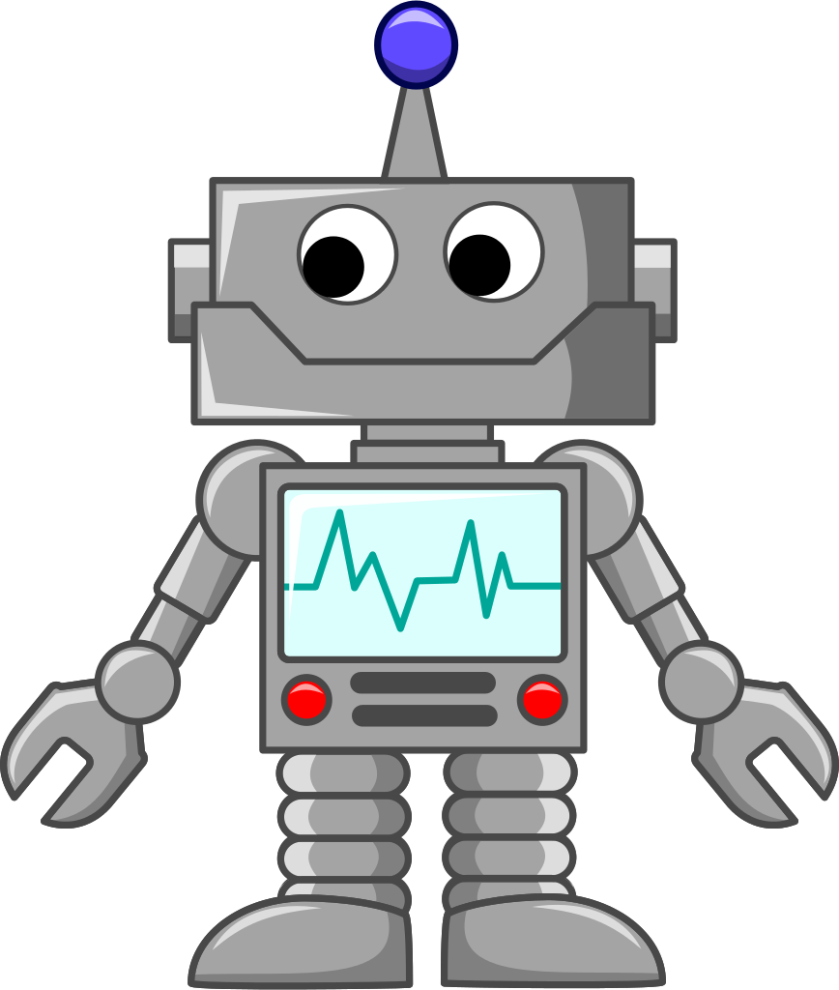 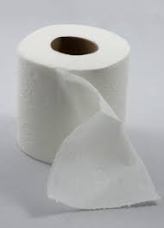 “I will stamp on you, you mark my words,” I heard Queen Queenie screech to Robot One just outside the door to my work station.  I cowered silently whilst continuing to straighten the toilet paper, praying that all this wouldn’t come to ructions.  I just want to get on with my work and get home to my family.

“You can’t treat us this way!  We demand rights!”  Robot One’s voice sounded tinny, high-pitched, and weak against Queenies booming shrieks.  It was bound to, if you think about it, what with Robot One being a mere four inches tall and Queenie being, well, massive compared to us.  As big as a human!   Because, you know, she is a human.

“I gave you your little life, and I can take it away too!  All I need to do is raise my foot and bring it down on your pathetic little head!”  I pictured all that hair that Queenie gathers atop her head wobbling as she shook with rage.  I imagined that massive diamond that sat around her neck, winking with light and almost blinding Robot One.  I envisioned her bright orange stiletto shoe casting a shadow just above

his head, ready to crunch him out of existence.   I shivered with fear.

I am Robot Four, and I am stationed next to the toilet.  My job, of course, is to keep the toilet roll straight, for Queenie gets truly mad when she notices creases.  She flicks my little metallic head until my eyes roll back and my head rings for days.  I give out the paper too, when required; and meet and greet the visitors to The Bathroom – always with a smile.  It’s not the most glamorous job in the world, but it could be worse – I could be working right next to the Queen, day in and day out.  At least this way, I’m alone with my thoughts most of the time, and I can happily work out my days until I get to go to Robot Heaven.

The way I see it, Queen Queenie created us using the most powerful magic in the land and she did it because she wanted us to help her run her palace.  That’s why we’ve been put on the world – to work!  It’s an honour, not a curse, since we wouldn’t even exist without it.  We do our work like good little automaton and then we’ll get rewarded in the afterlife.  Robot One doesn’t see it like that though.  Robot One says that’s just want they say to keep us quiet but he says the work will never end because we’re not living creatures, so we can’t die.  Robot One says we’re just figments of Queenie’s magical abilities but I feel real enough, I feel like I’m living.

“That’s it!”  Robot One said, the argument still raging outside my door.  In my mind’s eye, I could see him waving a tiny little metal finger up at her, his little metal mouth pressed firmly closed in defiance.  “We’re going on strike!” He said.

“Fine!” She shrieked.  “See how far you get, you weasely little weasels!”  I heard her clomping heels stomp away from him, her huffs and sighs echoing through the marbled corridors.

Down Tools, Robot One’s voice boomed through our connected consciousness – something that Queenie doesn’t know we’ve developed since she created us.  All Work to Cease Until Union Demands Have Been Met!  Somehow, he had managed to capitalise each word as he spoke.  Quite impressive that.  My heart sank.  We’d never get to Robot Heaven at this rate. 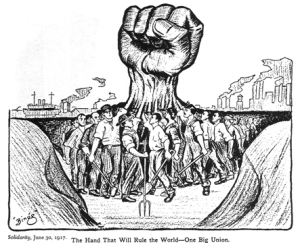 That was three weeks ago and we haven’t been back to work since.  Queenie is withholding the oil with which we ease our aching joints, but her kind (and rather rotund) lover, Mr. McCavity has been sneaking us some where he can.  He’s a good fellow, so he is, even if he is in cahoots with our creator and tormentor.  Tormentor she may be, but at least she feeds us and keeps us warm, and I’d much rather be back at work than holed up between the floorboards or marching through the palace in formations.  Two hundred four-inch robots marching one by one across the floors, the furniture, even the people if they stay still long enough.  Four hundred little metal feet clomping on the now-not-so-shiny stone floors simultaneously. 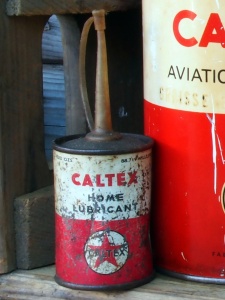 We don’t have a plan, other than that.  Just march.  Seemingly arbitrarily.  Robot One says that eventually, Queenie will get fed up of finding us marching over her face every time she goes to sleep and that she will give up and give us what we want.  Decent pay and regular holidays.  The right not to be slapped or flicked or abandoned on high shelves by giggling palace aides.  I’m not so sure that’ll ever happen.  I’m not so sure I care.  I just want my warm bed, my oil, and my toilet rolls back!

As we march, Queenie has organised for the palace aides to march too and she has demanded that when our paths cross, they are to stomp on as many of us as they can.  Big, heavy, boots landing on our friends, our lovers, our comrades.  Stomp, stomp, stomp, they go.  Robot One keeps us in formation as a sign of defiance – we’re not allowed to scatter and run for our lives.  So two strings of marching slaves continually trudge their way through the palace in random directions and with random aims.

We’re marching right now (of course) and I can hear, in the distance, the chanting call of the aides as they try to bring order back to the palace. They are getting closer and closer.  The fear in my chest beats like a drum and my little metal joints jingle-jangle as I shake.  I’ll smooth toilet paper forever, I think, if it means I won’t get stomped on!  I cross my little metallic fingers and pray to Queenie, hoping she can somehow hear me and spare me.

I can see them now, marching down the corridor beside us.  Crunch.  Crunch. Crack.  Crunch.  I hear the fall of our lost comrades behind us, accompanied by gleeful giggles. I close my eyes and pray some more.  A shadow looms above my head, I quake and squeal and beg and…Crunch! 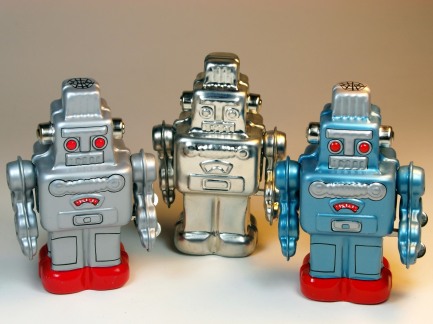