Friday feels…organised. Writing a guest post for Become the Monster this week really got me thinking about setting (and exceeding) goals (since, you know, that’s what the post was about).  I realised that for me, it’s not just about setting myself a target and then working towards it.  Achieving the things that I want to achieve simply won’t happen if I’m not organised (especially with my hectic schedule) and that, for me, is the ultimate goal: being organised!  If I’m organised, I can do anything.  Yep, I’m one of those geeks who adhere to the “fail to prepare: prepare to fail” philosophy and I adhere to it because it’s true!

When I started writing John Sharpe: No. 1,348, I wasn’t planning on writing a book.  I had dabbled with writing before that – mostly serious stuff, tragedies and that (a crazy thought now, given my propensity for silliness) but ultimately, I wasn’t planning on doing anything.  I was just ambling through life until one night, I woke up with this image of a man appearing out of nowhere and hence, McCavity was born.  I sat at my computer and started typing – and I didn’t stop until the story did.  Of course, it was an extremely rough bare bones of what it is now but essentially, that’s how it happened.

I love that book, of course I do – it’s my baby.  But if I’m brutally honest, I know that ultimately I can do better, especially now that I have absorbed the constructive criticism I’ve received thus far (for which, by the way, I am eternally grateful).  For this second book, things are different.  They are different, not least, because I have consciously decided to write a book.  They are different, too, because I have much stricter time restraints and that, I think, is actually going to help me write a better book.  Let me explain.

By not having the time to write as and when I want, I have to be more creative and more productive with what little time I have.  Instead of writing willy-nilly, I have to

have a plan and with a plan, I can overcome some of the shortfalls of John Sharpe.  One of the biggest things that I want to improve for this book was story and pace – creating a better story arc, with a more even pace.  With a plan, too, I can spot plot holes and weak characters before I invest my precious time into them.  I can throw stuff out and move bits around.  I can ensure that whilst my story still retains my humour and my voice, it also has substance and tension.  Through all this, I can (and will) create a great book!

My plan, if you’re wondering, is on flash cards – one scene per card, with major plot points highlighted with a blue asterisk (yes, I admit it: another benefit to writing a plan

is that I can get out the pretty stationery and different coloured pens).  I have the cards placed in a pile, in order, and as I write a scene, I turn the card over.  What’s really important in this system though is that after every few scenes I write, I lay them all out and review the whole thing again.  It’s important because it helps me to see where I am going, it helps me to stay on track.  It’s important, too, because as I write, things can change – characters say or do things that I wasn’t expecting and it might take things off in a different direction, or perhaps I realise that scenes need to re-ordered a bit to make it fit better.

Reviewing my plan, of course, has one more extremely important function: stuffing Paranoia back into his box.  During those times that he is confuddling my thoughts, making me lost, making me doubt myself, during those times that he makes me want to give up and wonder why I bother, during those times – reviewing my plan makes Confidence come out with boxing gloves on, ready to beat Paranoia to the ground and to be fair to Confidence, he’s pretty good at it when he gets the chance!  So if ever you walk into my house to find me kneeling on the floor, huddled over and whispering to myself, frantically moving flash cards around then know, that no, I haven’t gone crazy.  I’m just letting my two personified imaginary friends have a fist fight. 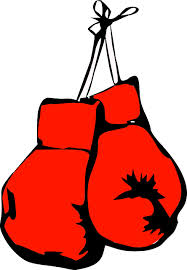