South African born Jo is a funny fellow.  Funny in the positive sense, I mean – funny ‘haha’ not funny ‘odd’.  He has written several fantastic books about everything from self-publishing and recycling to sci-fi and political comedies.  His non-fiction includes: The Book of Life, Recycled Thoughts, and PIY: Publish it Yourself.  He writes fiction under the name Jo Roderick and his books include: Six for Seven and Aeonosphere.  He is currently working on his third novel, a rom-com called Bermuda Phoenix.

I’ve known Jo for a few months now, and I know he’s up for a giggle and a few silly questions.  So this is what happened when we got together for a bookish chat:

Let’s start with an obvious one that you’ve probably be asked hundreds of times, but it’s one that I’m endlessly fascinated by.  What inspires you to write?  Do you find that certain things or events drive you to write more, muse-style?

I write just to annoy people! No, it is true, and I cannot tell a lie. Well, I could, I suppose… I just get ideas in my head. It’s like an internal conversation. It’s almost a, ‘what if’ type of dialogue that happens in an instant. I think (to myself of course as I try not to think to others) that there is either a story in the thought, or it’s all nonsense. I write some of the best nonsense sometimes. ‘Gahrsnort’ was one of those insane moments.

(For those who weren’t fortunate enough to be witness to the ‘gahrsnort’ incident, it refers to the word that Jo made up in an attempt to describe a noise.  Here is a definition).

If you could make one (and only one) of your books an overnight bestseller, which book would you choose, and why?

It’s a difficult choice, but the universe wanted me to write The Book of Life so I would have to go with that one. While my other books are written for my own amusement or passion, The Book of Life was a spiritual prompt. I still often wonder who actually wrote some of those chapters. Please queue the spooky music … no, not the theme to Jaws! Some might say I didn’t write it at all, and that it was all channelled. No matter what, I think it is an important book. You don’t happen to know Oprah do you?

So you’ve got control of the Aeonosphere and you can go to any place and any time.  Where and when would you go, and why? 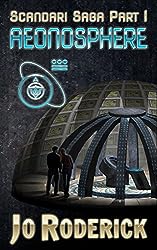 I have no idea! I’d go everywhere, but to one particular place and time, I’m not so sure. Perhaps, like Tom Scandari briefly visits Belize, I would go back to around 700-800 AD and pop in next door to the neighbouring countries. I would love to visit Tikal, Palenque, and numerous other Maya ruins.
Central America is a hub of astounding civilisation that is largely misunderstood or unknown to many people. I have been fascinated with the Maya culture and civilisation for decades. I would love to visit them in the ‘classic period’ where they were still deeply spiritual and utterly astounding. To date — and it has been proven with modern computers — they are the ones who kept the most accurate record of time. Once you get into the mathematics and symbolism, it is simply amazing. It is like taking a journey to another planet.

Early on, the Maya bloodline and moral code had not been watered down — no one knows why or how it happened — and amalgamated with the Mixtecs. The Maya are a culture that has never been fully assimilated or conquered. The Maya are one of the few cultures in existence who are still relatively unchanged by the west, war, and strife. They are largely misunderstood, but that actually says more about ‘modern’ man than them. They live amongst us, unchanged, and practicing their old ways in private. They are good at pretending otherwise, but that is their strength. Downtrodden, beaten, but never defeated.

The Book of Life is designed to help people improve their lives but in parts, you laid yourself bare: your beliefs and passions.  Am I right in thinking that you went through a process of personal development as you wrote it?  If so, did you find that cathartic or personally fulfilling?  And do you actually live the life that you profess? 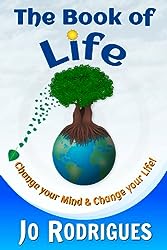 By nature, I am an open person. I have achieved much more because people trust me, than others have through fear. When you have little to hide, you have little to fear, and can cut through the ‘grey’ cloud that people wrap around themselves.

Most of the book was written after the personal development happened. This is why I believe in it. The book came into being because of the things I learnt, read, and the information passed on to me by people with higher spiritual achievements.

In due course, I was prompted to write it all down. At first, I just automatically pushed back, as is my nature. Don’t tell me what to do! Eventually I realised that I had an innate ability to cut through the rubbish and force the simple yes or no questions that needed to be asked. People would come to me for a yes or no answer, and thus began a new path of development: writing.

I try to practice what I say and write as much as possible. I don’t always follow it to the letter, but when I do, my life is exponentially better. What is the alternative? While I have my doubts occasionally, I am yet to find a better way to live.

You can go for a beer with one fictional character, one author, and one other person of your choosing.  Who do you pick, and why?

I don’t drink much and beer is truly awful. I shudder at the thought. Now, for a nice vodka on the rocks, or a Chocolate Martini, I would drag along an author called Riley J. Froud [yay! But I’ll stick to the beer thanks], Tom Scandari [from Jo’s book Aenospher], and Judi Dench, and John Cleese, and … oh wait. I’ll sneak the rest in the back door. The ‘why’ is quite easy to answer. They are all particularly brilliant and funny. If I am going out for a drink and a laugh, I want a non-stop, riotous, raucous evening that leaves the face in stiches from laughing so much. Froud said that there would be cheese cake too!

Easy one to start with: books or films?

Would you rather be handsome or intelligent?

Night in or night out?

Only the neighbour’s cat, Toffee

Last one! Would you rather be blissfully ignorant or miserable and super intelligent?

That’s a cheat on the last one!

If you’d like to check out Jo’s work (and I seriously recommend that you do), here is his website, his blog, his Facebook page, his Twitter handle, and his Amazon author page from which you can buy his books.  I’m sorry, I couldn’t get his bank details or his kitchen sink – although not for lack of trying.