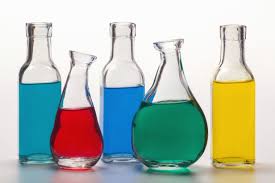 Did I ever tell you the one about the mother and the chemist?  It’s a good one.

So, this one morning, she goes into her daughter’s bedroom.  To clean it she tells herself, although really she knows she is going to have a snoop around.  She can’t help herself, she’s nosey, and besides, the kid has been acting strange lately.  Aloof, she thinks, that sums it up.

“No,” she said.  “I think it’s more serious.”  So she went for a nosey around.  She creeps in the room and almost laughs at herself whilst the Pink Panther music plays through her head and she imagines herself on tiptoes.  Just a quick look, she thinks, for the kid’s own protection.  She goes through the grubby clothes that are all over the floor – and I mean all over: you wouldn’t know what colour the carpet was in this place.  She finds all sorts of crap – pizza crusts and mouldy cups, even a bunch of badly-written poetry that has been scrumpled-up and thrown on the floor but nothing incriminating, just the usual stuff you’d find in a kid’s bedroom.

Oh well, that’s good, she thinks before gathering big handfuls of dirty clothes, dropping more than she can carry and feeling mildly, oddly disappointed at the lack of excitment.  The least I could do is wash some of this, might help with the smell too and make up for the invasion of privacy, although she knows that the daughter will whine at having her ‘dungeon’ entered.  “It’s not fair,” the kid’ll say, bemoaning at her lack of ‘personal space’.

But just as the mother is about to leave, she spots it under the bed: that piece of evidence that she’s been searching for.  She thinks it glows by itself, like treasure in those cheesy films.  It calls her name even, beckoning her.  So she unceremoniously dumps the clothes where she found them and gets down on her hands and knees.  She has to stick her butt right up in the air to get the thing.  Her tongue sticks out with effort and she stretches until she can reach it.  On her way out from under the bed, she bangs her head.  She growls in pain and frustration – you know the way, we’ve all done it.  She wants to hit the bed back or kick it in some way, but she knows that’s childish so refrains.

It’s a pill that she’s found and she holds it between her thumb and her forefinger, barely touching its sides as though the chemicals might seep through her skin and affect her in some way.  She doesn’t want to be ‘faced’, or whatever it is the kids call it now.  She’s no prude, of course.  She experimented when she was a kid too, she even smoked a bit of ‘the pot’.  But this is more serious and this is her daughter.  The rules, she thought, are different now that I am in charge.  The pill that she finds is triangular in shape and is speckled with uneven greeny-blue spots.  To touch, it is smooth but the edges are rougher, and impressed on the top is a small little ‘s’.

She doesn’t tell the father, thinking it best to work it out in her own head first.  I need to know the facts, she thinks, before I go confronting the kid.  I need to know what I’m talking about but how, when I don’t even know what it is?  So she googles it, the way that the very same kid taught her to do a few days earlier, when looking for information on a new flower she had found in the garden.  She doesn’t know what to write though, so she just puts ‘triangle pill, blue green and white, s’.  All that comes up is basically nonsense or crap about other types of pills.  Well, what am I going to do now? She thinks and slumps, staring at the computer unable to think.

Then she gets this bright idea.  I know, she thinks, I’ll take it to Charlie!  He’ll know what it is.  Charlie is their friendly neighbourhood chemist who she’s been mates with forever – they lived on the same street when they were kids and they even shared a kiss or three during their teens.  So she goes to his office or lab or whatever you call it and she lets herself in after knocking.

“Ah!  How lovely to see you,” the chemist says without looking up from his work.  She’s used to this, it doesn’t bother her.

“I need a favour,” she says, cutting right to the chase.

“I found this pill on the girl’s bedroom floor.  I need you to tell me what it is.”

“Have you tried googling it?” he says and she laughs because everyone seems to think that the solution to all modern problems is ‘googling it’.

“Yes, I tried googling it,” she says.  “I couldn’t find anything on it.  Could you just have a quick look for me please?”  She damn nearly begs.

“To be honest, I’m a bit busy.  I’m swamped with work,” he says, waving his arm around the room as though he hadn’t needed to explain it at all.  He still hasn’t looked up from his microscope, his fingers still fiddling with the dials.

“Please Charlie, for an old friend?  I’ll treat you to lunch next week if you do…” she coos.

“Oh, okay then.  Pop it in that dish over there,” he says, moving his hand in a vague direction and assuming she knows where he means.  “Come back in a few hours then I’ll tell you what I find.”

“Great!” she says.  “You’re the best!”  Her smile is massive and triumphant.

So she pops the pill in the dish like he said and leaves quietly without saying goodbye.  She slips down the stairs, feeling like she’s in some kind of American crime drama and that she is the super-sleuth.  She goes to the café over the road for a coffee.  She barely touches it though, leaving it to go cold and making a ring on the table.  She stares at the posters all over the walls, for bands and events in the area.  So much going on, she thinks, but I never go to anything.  This is the domain of the young.  She suddenly feels very old.  She is pensive and can’t settle, she won’t until this thing is resolved.  She reads the posters again and again to drag out the time, the same words over and over, the same pictures attracting her attention and all the while, she frets about what she is now certain is her drug-addled, drug-addicted daughter.

After an hour or so, she goes back to the lab.  Sooner than he said, she knows, but she just couldn’t wait any longer.  When she walks in this time, he looks up and smiles.  Or is it a smirk?  She can’t quite tell but she’s pleased to see a friendly face.

“I looked at your pill,” he says.  Definitely a smirk this time.